All of our physicians are certified by the American Board of Internal Medicine in Pulmonary and Critical Care Medicine. We are members of the American College of Chest Physicians, American Thoracic Society and Medical Society of Virginia

Robert Herscowitz, MD, FCCP received his undergraduate and medical degrees from Georgetown University. He completed his internship and residency at Thomas Jefferson University Hospital in Philadelphia, PA. He did his fellowship in Pulmonary and Critical Care Medicine at Georgetown University Medical Center and has a special interest in the diagnosis and treatment of asthma, COPD, and cough. He has several published articles. He joined the practice in 1997 and is listed as one of Washingtonian and Northern Virginia Magazine’s “Top Doctors.” He has been featured in Washington Consumers’ CHECKBOOK Top Doctors issue. 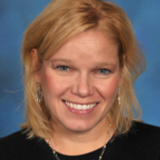 Juliette Wohlrab, MD, FCCP received her undergraduate degree from LeMoyne College and received her medical degree from SUNY Health Science Center at Syracuse.  She completed her internship and residency at Georgetown University Medical Center. She also served as Chief Resident and completed her fellowship in Pulmonary and Critical Care Medicine at Georgetown as well. She treats all aspects of pulmonary disease and has a special interest in athletes with asthma and tobacco cessation. She is the Director of Pulmonary Rehabilitation at Alexandria Hospital. She is a member of Alpha Omega Alpha Honor Society and has several published articles. She is listed as one of Virgina Living Magazine’s “Top Doctors”.  She joined the practice in 2002 and in her spare time, she enjoys hiking, running, and travel.